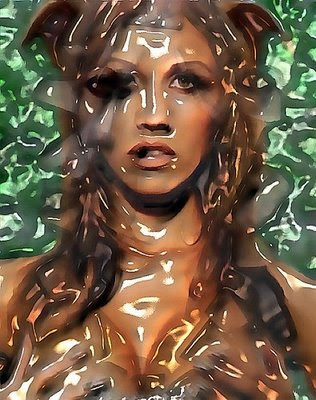 Over at TheViewFromHell, Curator has posted a story about an Italian woman, Eluana Englaro, who's been in a vegetative state for 17 years following a car accident. Her father would like to pull the plug, but after CONSULTING WITH THE VATICAN, the prime minister of that country has seen fit to disallow Eluana's right to die through removal of her artificial feeding apparatus. Here's some of the 'reasoning' behind his decision...

"Justifying his campaign to save Englaro's life, the prime minister added that, physically at least, she was "in the condition to have babies...".

Reading this got me to thinking about the technological side of the transhumanist movement, and about the fact that, while biotechnology seems to be advancing by leaps and bounds, the same can't necessarily be said regarding the moral state of the human animal, by whose hands this technology will be wielded. To tell you the truth, the idea that the state might one day have the ability to prolong my life indefinitely, and against my will, scares the bejesus out of me. And now there's this new little sci-fi twist to add to my nightmares.

I'm terribly afraid that at some point in the not-so-distant future, a window of opportunity is going to close on humankind's chances for extinction; barring, of course, some cataclysmic event, like a comet slamming into the earth. Or a much better scenario- some kind of viral or other sort of natural intercession that renders men and/or women sterile. Or, each of us can simply choose not to play the game of dystopian risk with our progeny. And if all of us did THAT, then there'd be nothing to worry about at all, now would there?
at 3:56 PM 8 comments:

This Be The Verse

They fuck you up, your mum and dad.
They may not mean to, but they do.
They fill you with the faults they had
And add some extra, just for you.
But they were fucked up in their turn
By fools in old-style hats and coats,
Who half the time were soppy-stern
And half at one another’s throats.
Man hands on misery to man.
It deepens like a coastal shelf.
Get out as early as you can,
And don’t have any kids yourself.

"If life's so bad, why don't you just kill yourself?"